Water Meters and My Time Until May 12th...

Was really interested to hear that Council has decided to go to water meters. That's the upshot of their "straw vote" yesterday. I very much support the decision. As the Mayor said yesterday, it will cost us all more not to have them in the mid to long term.

There is going to be a backlash, and the strategy of presenting the information and deciding during a council workshop session seems a way to try to smooth it over. We'll see whether it works.

In other news, the way life is going for the  next two weeks, I won't be blogging much until mid May. I will go gangbusters then - whole hog.

But, right now, my life is consumed in promoting something I am very passionate about: BC-STV. I am President of Fair Voting BC, and I sincerely hope I am contributing to a stronger democracy in British Columbia.

Please consider voting for BC-STV in the May 12th BC election and referendum on electoral reform!

Very sad to hear about the  loss of detox beds run by the New Life Mission in Kamloops.

Before any more comment is warranted, however, I think I will need to a bit of homework. Sedrics is potentially one of the largest tourist oriented developments in Kamloops, but a lot of things can happen before shovels go into the ground. You gotta love Doug Wittal's vision and chutzpah! I really hope it works, but Doug would probably be the first to say its got a long way to go.

The loss of detox beds at the New Life Mission could be offset by another social agency being given the contract by Interior Health. In fact, I would bet that Carol Todd over at Interior Health is working double time to try to ensure no loss of services. I know Tim Larose and he does great work at New Life, there seems to be a legitimate disagreement about philosophies here, but there may well be other folks waiting to step in and work with Interior Health.

Members of city council hear about a lot of different issues and events. And a good council member will try to process all that they hear, and decide if they can add value to an event or issue.

It's tough, because there is very hard to be involved with everything in a meaningful way. But, on the other hand, a council member does have a platform, a stature, and a responsibility to bring things up.

This all came to mind, at a recent council meeting, as I watched Councillor Nancy Bepple bring up the speed of trains going through Kamloops. Nancy had been walking downtown with a friend who has many years of railroad experience. A train was passing by the crossing, and her friend remarked that the train was moving too fast.

Nancy had asked council to write a letter to CN, asking about the speed of the trains. A discussion ensued. Who should the letter be copied to? Should a meeting be requested first?

Council decided to write a letter to CN directly, without copying Transport Canada.

An editorial in the Kamloops Daily News criticized that decision, saying I believe something to the effect that council should have had someone just phone CN, before writing a letter.

The editorial was a bit harsher than I felt it needed to be. Generally speaking, however, I agree that a phone call should come before a letter in situations such as these.

Motions for letters of one type or the other are pretty common at council meetings. I think Nancy was probably searching for the best way to talk about a legitimate concern.

Perhaps, Council might want to discuss some sort of protocol for communication about concerns to organizations, companies etc. 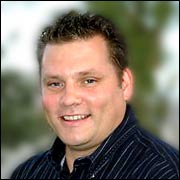 This was delivered last month at the Kamloops Chamber of Commerce AGM. Learn specifically what our Mayor feels about the economy and different industry sectors in our community:

Does Growth in our City save or cost the Taxpayers Money?

I am trying to figure out whether the growth in the number of dwellings in Kamloops costs existing residents money. Maybe, instead, it save them money? Or maybe this a revenue neutral situation.

This is a bit of complicated task, and I likely have to look at other data and factors.

I know, for example, that year to year fluctuations in property tax / utility rate increases is not soley a result of new housing development. City Hall may, for example, also be increasing or decreasing services, or may see cost fluctuations for currently provided services.

So, in the next days, I will be noodling with this more, and posting thoughts and findings here.

Here is some raw data that readers might find interesting:

- When the city build roads because of new development, it charges developers for 90% cost. That means the existing taxpayers pay 10% of the cost. The justification is that existing residents should also benefit from that new road. On the other hand, if the road was not built, would existing residents miss it?

- Here is a chart showing  new lots (with no houses) created, new housing starts, and tax increase rates for the past three years. I did not find/ have data for some of the columns...