(Video) Wendy McLean on Sustainable Homes and Getting Involved with the BCSEA...

At the 2010 Kamloops Energy Fair on June 19th, I happily interviewed many people who work in the sustainability field. It was, for example, a real pleasure to talk with Wendy McLean. Wendy not only has a business in Kamloops (Split Rock Sustainable Technologies)  helping people build sustainablity into their homes, she also serves as President of the Kamloops BC Sustainable Energy Association (BCSEA) chapter.  This chapter concieved of and organizes the Energy Fair, the first and so far only Energy Fair in BC.

A couple of signposts from this interview. The majority of our conversation is about sustainable technologies and conservation strategies for homeowners. At about 5 minutes in, we talk in detail about the type of work in which the BCSEA gets involved (a lot of good work with government, as one example). At about 8 minutes in, Wendy shares information about the price of solar panel coming down (an formerly $800 panel now pricing at about $500):

The Kamloops Daily News has started a new community blog where community groups can post news and events. Looks like this could be quite useful. 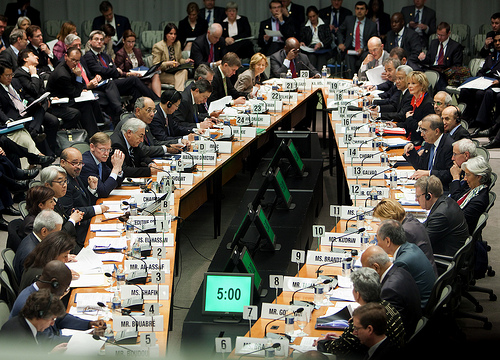 Last week, City Council approved various changes and additions to the council committee structure. Notably, and this is a good thing in my view, sub-committees were added for youth, children, and families and for seniors.  These groups, as well as present city committees on race relations (now called diversity) and disability issues, will now be sub-committees of the Social Planning Council.

A really interesting debate was had around the terms of references for these sub-committees. Councillor Nancy Bepple felt that some important groups might feel left out in that their concerns or issues were not explicitly mentioned in the committee responsibilities. Other, like Mayor Pat Wallace, seemed to suggest that this was too much wordsmithing.

There seemed to be exasperation by some, most notably Radio NL reporter Angelo Iacobucci, that this debate was even happening. But, I felt talking about the wording was pretty important. There is a fine line between being too general and being too specific. It just seems like a good thing to spend some time to determine where that line should be. At the end of the discussion, it was re-affirmed that the Social Planning Council is still open for presentations and discussions on the whole range of issues, and Councillor Denis Walsh made a motion to tweak the Diversity sub committee's terms of reference that was unanimously supported by the rest of Council.

The promotional piece for City Hall is now available on the City web site (link goes to pdf file).

Excited about talking with the people at the Kamloops Energy Fair. I will be livestreaming here. 2010 Energy Fair Interview Schedule

Amazing How Much Citizen Journalism Technology is Free!

I've spent the better part of an evening starting to configure what really amounts to my own community access tv channel. Will be really putting myself through my paces at this weekend's Kamloops Energy Fair - streaming live from my booth with a talk show type format and recording audio and video for later posting.

It is pretty amazing what is available online at no cost. That incredible accessibility is also a big danger. It is really easy to produce crappy content.

I've been there and am likely still there. What I need to continue to learn is how to create good, compelling content.

The tone of most of the coverage seem to suggest that we lost out, and now the fine city of Prince George stands to gain. I wonder, though, whether Mel is just digging a deeper hole for himself here. Are a significant number of Kamloopsians going to now say - wow! we finally get it - this would have been a great deal for us? Or is the Daily News losing credibility and trust by providing precious column inches to a dead issue locally?

Is this really still an issue that deserves front page coverage in Kamloops? Is Mel unable to let go of the debate because, so far, he has been on the losing side? What is he hoping to accomplish? What other issues are not being covered because ACC got some more ink this week?

After posting the video promoting the Kamloops Energy Fair below, a good and wise reader reminded me of the tomorrow's Grasslands Celebration Day...looks like a lot of fun activities. Unfortunately for me, I have a paper due for my MA studies tomorrow and can't attend :(

Why Not Come Down to the Kamloops Energy Fair?

The below video is an amazing promo, starring some of the organizers (who it turns out are not that shy!) :

Had a quick peruse of the monster agenda for today's City Council meeting. After a couple of weeks break from meetings, with a long weekend and the Federation of Canadian Municipalities convention in between, Council is likely in for a long meeting today.

I have mixed feelings about these agendas. Hard to avoid piling a lot of things on after a break in meeting, but having been there, it is also very difficult to keep focus and energy together on so many important issues.