Kamloops Council's Budget Prime Directive: Listen to the Public Before Cutting Anything...

I personally think this situation, as described by the Kamloops Daily News, is entirely appropriate:

Nine councillors met for more than three hours Tuesday morning in City budget discussions but didn't come up with a penny in savings.

Despite the lack of progress, Mayor Peter Milobar said he remains comfortable the City will be able to come up with a combination of revenue increases and spending cuts to pare the proposed four per cent budget increase in half.

I understand the council is waiting until the Feb 8th public meeting on the budget before making any cuts to the budget. It seems wise to hear from citizens and allow this input help shape council's decisions on tax rates for 2011.

I guess the big issue now is getting more people to attend the public meeting.

Control Freaks or Asleep at the Switch: Kamloops Councillors and the City Budget

At this week's Kamloops Council budget meeting, it seemed to me there were two distinct views on how much councillors should be involved in the budget process. I will take them a little to the extreme to illustrate. I know that the reality is probably quite a bit more complex.

View#1 - Should not be a control freak

City councillors have neither the time or expertise to delve deeply into the city budget. Council should give city staff a target tax increase / decrease - this year, it seems to be around 2% - and let staff generally figure out how to get to there. City council does discuss and debate a list of supplemental budget items to help staff, but especially when it comes to the vast majority of the budget, staff need to be firmly in the driver's seat. They have the knowledge, time, and skills to perform this task well.

View#2 - Should not be asleep at the switch

City Council are elected by the people at least partially on the basis of their points of view and platforms. City staff are unelected and not directly accountable to the public. As such, Councillors should do more than just set targets for tax increases / decreases. Councillors should propose and discuss modifications to the core budget, not just the supplemental items. This way, the city budget will be a better reflection of the will of the voters, based on their choices of representatives.

Am going to fix below the post in a few seconds to include a missing link. Apologies. If you want to better understand how your tax dollars and your 2011 property tax increase will be spent, here is a page of documents.

A Treasure Trove of Financial Information from Kamloops City Hall...

Do you agree how your taxes are spent? Do you think you pay too much or (even) too little on taxes?

As City Council discusses the 2011 city budget, I've created a page with most of the information they have been presented with so far. Some of this stuff may a bit confusing to understand.

The best way to get some clarity is to attend the Feb 8th public meeting on the 2011 budget:

You can also contact the City Hall Finance Dept.

Kamloops Community Budget Discussions 2011 - What is An Appropriate Municipal Tax Rate and How is it Shared?

It was interesting today to watch Kamloops Council today as members of Council try to wrestle the 2011 tax increase down to somewhere around 2%.

One of the big issues was how the muncipal tax and utility burden should be shared. Commercial property and residential property owners have different tax rates, for example. It is a tricky balance...how much more can small businesses bear as opposed to how much more homeowners, especially those on low (and sometimes fixed) income, can bear?

It strikes me anyways the Council would need a lot of different information to make the best decision here. What are the various other impacts on low income households today? How is the business climate generally? Some real good data from sources outside city hall would seem to me quite useful.

Uncle Peter Invites You on A Wonderful Civic Adventure... 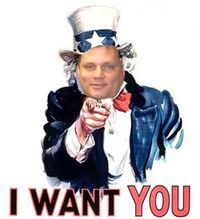 I pray the Mayor (an indeed Uncle Sam) will forgive me for this awful copy and paste image.

Tomorrow is the last day to apply for a chance to go on a great adventure in citizenship. The City of Kamloops offers residents the opportunity to join one of many council committees. Lots of variety here and a great way to easily learn more about how city hall works. Check out the opportunities to serve on the arts commission, the heritage commission, the parks and recreation committee, the social planning council, or the airshed advisory committee. 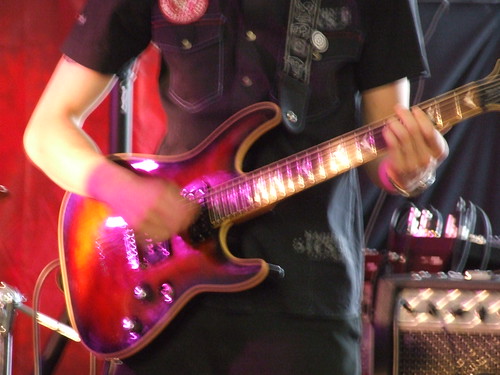 Kamloops City Hall purchases 36 million dollars of services each year (may actually be goods and services, not sure). Today, at the first of three council meetings to discuss the 2011 budget, City Hall's finance director, Sally Edwards, put forward a proposal to hire a purchasing coordinator whose job it would be to help the purchasing department negotiate better rates on purchasing contracts. This hire could see the community save 10% of the aforementioned 36 million. That's no small amount. 3.6 million in savings equals a one time tax decrease somewhere in the neighbourhood of 5 to 6%.

I was very happy to see senior city staff bring this forward. Very good initiative - worth the risk to try even it realizes the fraction of the savings hoped. Of course, not all the money saved may go straight into reducing taxes. Important community funding priorities may also be completed earlier.

A Great Web Site for the Cycle Touring In and Around Kamloops...

One of the most avid cyclists I know, who may or may not choose to identify himself in the comments, passed on this wonderful bike touring web site - crazyguyonabike.com. Brimming with information. If you search for Kamloops, there is some pretty interesting stuff.

Ran across mention of this series of conference calls on my twitter stream. I think they even offer recordings of past calls. I have found similar calls offered by the Personal Democracy Forum very useful - mainly because there was a pretty good opportunity to participate and ask questions of the presenters. 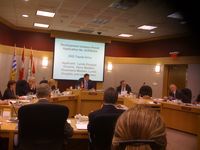 It is lovely to see these two good men work together to make marvelous civic music. Councillor Denis Walsh's motion to have one evening city council meeting every two month was broadly intended to increase citizen access to council.

Mayor Peter Milobar picked up on this broad theme. The Mayor didn't think a whole council meeting in the evening was feasible, but suggested that council could institute an opportunity for citizens to ask questions of council in conjunction with a regular scheduled public hearing. Public hearings are already held in the evening.

Other councillors built upon these suggestions. In the end, it looks like citizens will have the opportunity to both ask questions and make presentations to council in the evening. As many people work in the day and can't make the afternoon council meetings, this increases access to city hall. This, to me, is an incredibly positive thing.

There will be some issues to iron out - how to let people know when would the best evenings would be (on less busy public hearing nights (sometimes hard to predict);  and how to promote these opportunities and truly welcome people in an inviting way (there was some talk today about how people don't typically turn out for the annual budget public consultation and a great reminder from a citizen who came to the podium today that council meetings can seem very intimidating to people.)