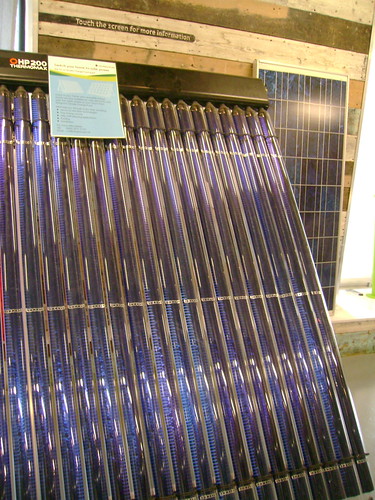 At the first meeting of the 2011-2014 Council, we dealt with a tough and divisive issue and voted 5-4 to require solar hot water ready features in all new homes. At the second meeting, we dealt with this issue again and reversed our decision from the first meeting - this time the vote was 6-3. I voted for the requirement both times and I would like to explain my reasoning (the core of my reasoning is in italics below, if you are short of time). It was a tough decision for me and I have heard from quite a few people who were not happy with my vote. I've also heard from many who also support the regulation.

What is the background on this issue?

On Nov 1st 2011, a delegation presented to council on the benefits of the solar hot water ready regulation and formally requested council require all new homes in Kamloops to be solar hot water ready. Council decided to ask for input from the homebuilders association before making a decision. On Dec 6th 2011, the first meeting of the new council, a report was included in the agenda package that detailed the feedback from the Canadian Homebuilders Association Central Interior. They outlined a number of concerns with the regulation and did not support it.

The basic decision here seemed to me to revolve around the following. Solar hot water systems create less greenhouse gases and, it can be argued, increase the value of a home. If every new home has the basic infrastructure to enable solar hot water, it makes it easier and less expensive to install the system anytime in the future. On the flip side, will many people want to install these systems? Additionally, with the homebuilding industry wracked with uncertainty and problems surrounding the HST, would the added cost of readying a new home for solar hot water (b/w 200 - 1000$ by most accounts), be yet another disincentive for people considering buying a new home.

First off, I want to express great respect for people who do not share my views on this issue. Good and thoughtful people can come to different views on the same issue. I want to see a successful and innovative home building industry in Kamloops and it was hard for me to not follow their recommendation on this issue. I have huge respect for the leadership of the Canadian Homebuilders Association Central Interior.

I share the view of many Kamloopsians that we should reduce our greenhouse gas emissions and that a requirement that every new house be solar hot water ready offers a low cost way to help people utilize a greenhouse gas reducing technology that will become increasingly popular. Again, I struggled a lot with the timing here. Local homebuilders have been pretty clear in the message that 2011 has been a tough year. I would have preferred that the regulation be enforced only when the HST came off new houses - that motion was defeated on December 6th.

But, here is the essence of my vote: the added cost of making a new home solar hot water ready seemed very small and I don't think the added cost would dissuade the vast majority of prospective new home buyers. The average cost of a new home in Kamloops is about $400 000 and the highest cost I have heard quoted to make a house solar hot water ready is about $1000 (the provincial government uses a range of $200 - $500). Taking these calculations, on average, a solar hot water ready requirement would add 0.25% to the price of a new home. I am making the assumption that solar power will become cheaper and that traditional heating fuels will become more expensive, and that solar hot water systems will become much more popular. I felt a good deal of comfort that the BC government has researched solar hot water systems and feels confident that these systems offer good value for BC homeowners. I also noted the adoption of the regulation in many other BC communities.

How did I research the issue?

I read and reread the city staff report in the Dec 6th agenda package. I researched reports in communities such as West Vancouver, Kelowna, Campbell River and Coquitlam. I read  information available on the regulation at the BC Building Code website and at Solar BC. I consulted with our city staff on the average price of a new home in Kamloops.

Who did I consult? Did I listen to people?

Before voting on the issue, I spoke to people both for and against the regulation. I spoke to the homebuilders and to sustainability advocates. I listened to people and had to make a tough call because people in the community were divided in their opinions.

What I have heard from people?

Let me add to this section over the next days. I would be very interested on your feedback on my core reasoning (in the italics above). Is it generally sound? What did I miss? Etc.