How should City Council wages be determined? 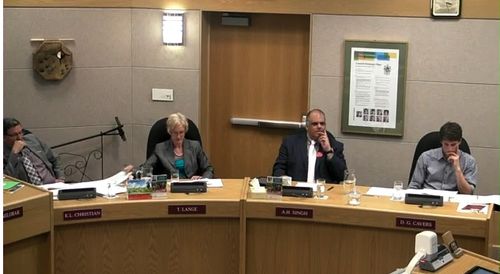 It's easy to see why the question of how much city council get paid becomes such an interesting story. I think elected officials are among the very few people in the world who set their own pay. And, historically, many  elected officials (thankfully not in Kamloops) have been quite generous with themselves. So the media pays rather rapt attention to this issue.

Having voted against this year's tax increase, I also feel now is not the right time for city council to get a pay rise. Other council colleagues, people I respect enormously, likely think differently.

I think the bigger issue is that we should really take the decision out of our own hands. One suggestion is to put together a diverse group of local citizens - from many different walks of lifes - and ask them to hear the different points of view and to learn about the work of a councillor - and let them recommend an appropriate pay for the Mayor and Councillors. Council would have to approve the recommendation. We could agree to approve whatever they recommend.

SILGA Speaker: Economic Outlook for BC... 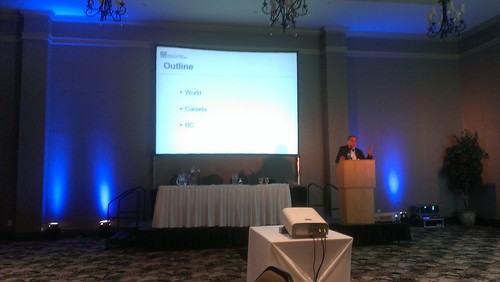 * With his BC prognosis, I wonder how much uncertainty impact the assessment? A good question not yet asked.

Mr Farid came across to me as having a free market lean in philosophy. He spoke glowingly about private money spent in entrepreneurial ventures and didn't really engage with an audience question about growing inequality in society.

I asked him a question about tips in researching economic conditions to help determine a community's ability to handle tax increases / decreases. He said he didn't like the framing of my question and suggested rather a focus on a community's wants and needs for public spending.  I would still say these two resarch efforts go hand in hand. I might say that one has to delicately balance community desires with an ability to pay.

I'm in Salmon Arm over the next two days for the Southern Interior Local Government Association (SILGA) AGM. SILGA allows local government elected officials in our region to network, learn, and lobby. Here is the program for this year's AGM. 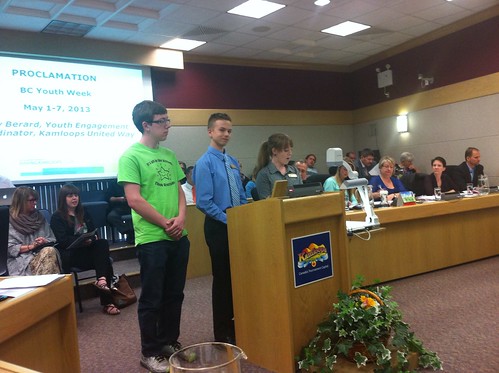 Yesterday, Council had the incredible opportunity to hear youth leaders in our region talk about their various activities and to happily unanimously proclaim May 1-7 Youth week in Kamloops. With the understandable concern about youth apathy in community affairs, it's really important for the community to celebrate youth who are truly involved (in so many things).

There are many events organized for this year's youth week. See a complete schedule here. (PDF file)