« How should City Council wages be determined? | Main | Citizen Committee on Council Wages: A Good Reason to Support a Council Pay Raise? »

My Report from the FCM 2013 Conference and Tradeshow.... 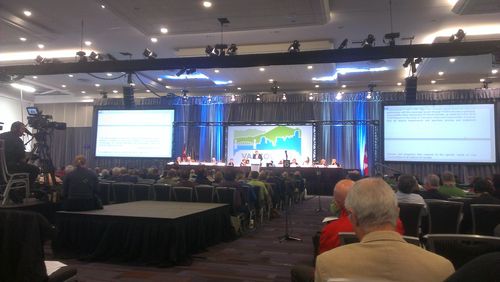 I am delighted to provide a report to the community on my experiences and insights from the 2013 Federation of Canadian Municipalities Conference and Tradeshow in Vancouver.  Throughout the entire conference, I took the opportunity to speak to BC delegates on my interest in seeking a seat on the Union of BC Muncipalities Board of Directors.

- 16% of Canadians are angry activists.  Receive 70% of publicity