Looking at the City of Kamloops Service Levels & Contemplating Cuts... 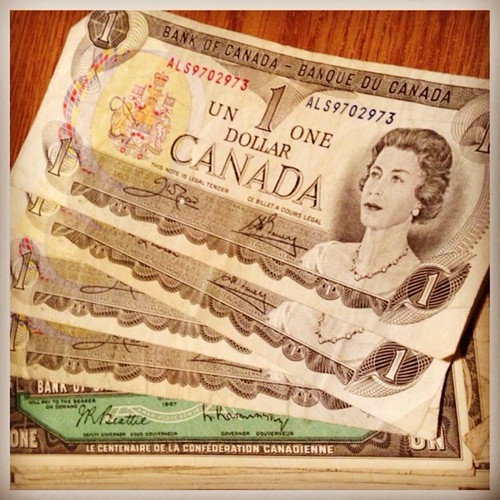 As someone who might propose certain service level cuts to the community budget, it's really important for me to better understand what community members feel we should keep and what we might be able to do less of. I think all of my colleagues feel the same way.

City council is holding two budget consultations, one tomorrow and one on Nov 4th.  The topic of these dialogues is to look at the city's service levels. I am making list of service levels that I think are easier to engage with but, in the interest of putting everything out there, posted below is the pdf file of all the service levels (also on the city website): 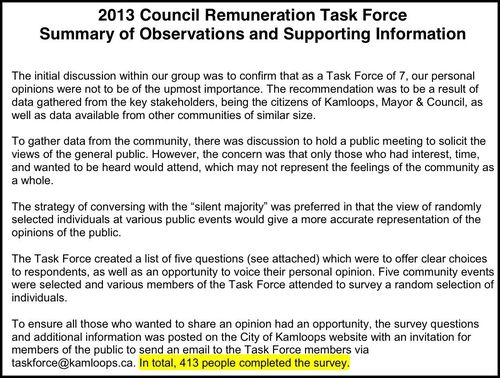 Been thinking a bit about Mel Rothenburger's comments on the council remuneration decision process. Mel wrote a column sharing his views here.

I agree with Mel that  a referendum would have been interesting. I would even say it would have been a better way of seeking approval of the council remuneration committee's work. I didn't move a motion to this effect because I felt there would be very little support.  I'd be interested in promoting  future referendums on council compensation issues. I think, however, people who want to use the 2014 civic election as a "referendum" on our approval of the committee recommendation can still do so.

I am not sure why Mel thinks the committee engaged "in little public consultation". If he is still thinking a referendum, okay, I can see that. But, the committee solicited feedback and 413 people responded (please see above image) . As a public engagement practitioner, I think that's a very high number for committee feedback with this type of issue.

On his blog, Mel also wrote a post sharing the view that the council compensation vote should be brought forward for reconsideration by the Mayor, given three council members were absent. I don't think  a new vote would  change the outcome. There are five pretty solid votes for the committee recommendation. But, you never know. I've been swayed by my colleagues more than once in a meeting, usually on less high profile issues that I haven't spent months thinking about.

This is a tough one. Is there any material benefit to the community to have council reconsider the issue with the full council? I'm still not sure and thinking about this.

This has been a pretty tricky issue to think through and I think councillors are always in an awkward and difficult position when deciding compensation for a position we currently hold. It is very easy to look self serving.

That said, I think we went through the right process in two key respects:

1) We formed an independent citizen committee to consult fellow citizens, to research, to discuss, and to decide on a recommendation for council compensation.

2) We decided to implement all changes after the next civic election.

So, we put together an arms length process and voters still have the opportunity to judge our actions in this regard before any council members earns a penny more from these changes in compensation.

The committee did recommend a large raise. To be clear, whatever the committee had recommended, it would be hard to imagine I would vote against. Even if it was a decrease in compensation. The key point here is that the discussion and recommendation should not come from council.

I love it that Kamloops has so many themed weeks with community causes and groups often sharing weeks - they aren't really enough in a year for everybody to have their own!

Last week, it was Cool to be Kind week - a good reminder that kindness is indeed a great virtue. 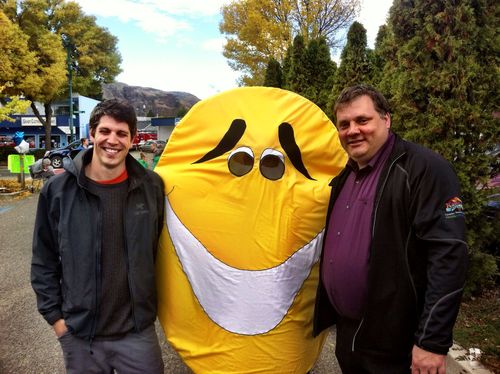 Councillor Donovan Cavers and Mayor Peter Milobar with the Cool to be Kind Happy Face Mascot!

This week, it is Homeless Action Week (really awesome activities to which everyone is invited) and the Reel Change Sustainability Film Fest (again you are invited). Next week's small business week kicks off with this Saturday's Chamber of Commerce Business Excellence Awards.