« Why It's Sometimes Important for People to Attend a Council Meeting... | Main | Why I Voted Against the City Budget This Year... »

How was the Year at the North Shore Business Improvement Association? 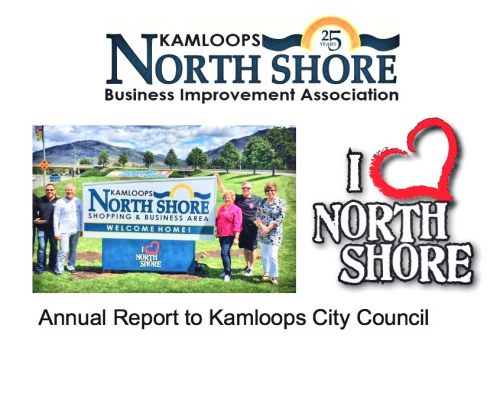 At city hall on tuesday, the Executive Director of the North Shore Business Improvement Association (NSBIA), Steven Puhallo, stated that 2016 was a great year for the association. There has been a lot of recent and significant road and bridge upgrades / repairs that made it more difficult for some to access North Kamloops commercial areas. In 2016, all that work had been completed. The new, expanded North Shore Policing Office has also been welcomed by the BIA.  A new sign replaced the tired old one by the Tranquille Rd overpass over the Overlanders Bridge. Slides from Mr Puhallo's presentation to council are available in the council agenda package for this week.

Business Improvement Associations (BIAs) are funded by an additional levy put on commercial properties in a geographically defined neighbourhood. These levies are collected by city hall and, after a council vote, the funds are released to a BIA for its activities. The BIA promotes and supports businesses within their neighbourhood. Kamloops has two BIAs at the moment - the NSBIA and the Kamloops Central Business Improvement Association. Both these associations have turned into critical hubs of business activity and of community events.