In quite a short (maybe half hour) public hearing tonight, City Council made some decisions I feel could have quite an impact on Kamloops:

All in all, it was an interesting meeting to watch.

There Shalt Be Light on Tranquille Road... 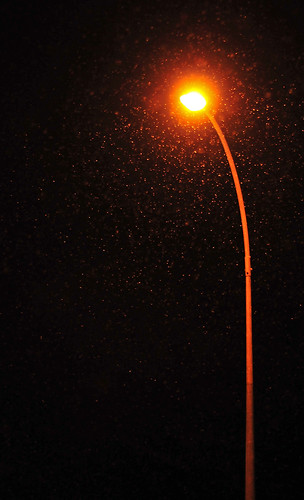 Building off from an oft repeated comment from this year's City Budget Public Forum, there will be light on Tranquille Road. Congratulations to Peter Mutrie and the folks at the North Shore BIA who have worked constructively and dilligently with City Hall to get the new street lights funded. And Kudos to City Staff and Council for making the final decisions.

The North Shore is experiencing something of a renaissance. Lots of new development, greater sense of safety, and an incredible menu of future prospects. North Kamloops has always had a strong sense of community, looks like the investment climate is starting to rebound.

I am a huge admirer of Tom Hammer, Shannon Hammer, and Betty Nelson. They have all played such significant roles in the health of North Kamloops. We shouldn't burn these people out. Kamloops This Week has the story here. I hope they will get some back up support.

Since I met Grant almost six years ago, I've been a great admirer of his mind and of his style. In other words, he is not only a forward thinker, he also has a knack for getting across his thoughts well. Grant is a former TNRD Director and Green Party candidate.

Here is the podcast:

In this conversation at Cowboy Coffee on the North Shore, we talk about:

08:45 - state of discussion on environmental issues in Canada

Just got through writing these up:

Bylaw To Prevent Private Trees from Falling on Public Property
In recent years, City Hall has spent about 6 million dollars on pine beetle removal efforts on community owned land. Now, attention is being turned to another potential hazard - trees on private property that could fall on public property. City Arbourist Greg Houghton has identified over 200 such trees on private property and Council has now given city staff authority to require property owners to take down these trees. Once an order is given, there will be a 21 day window to comply. The average ballpark cost for removing a tree, depending on size and location, is about $2000 according to the city staff report. For more info, call Parks and Rec at (250) 828-3400.

City Upholds Availability of Public Payphones...
City Council discussed issue of safety, accessibility, and crime when talking about a proposed restriction on the payphone at 480 Tranquille Rd. The proposed restriction was to limit the calls from the phone to 911 only from 5pm to 9am. Council voted to keep the phone as is, with no restrictions. The general sentiment seemed to be that public payphone are a necessary service for law abiding citizens, that there already has been a large decrease in public payphones, and that people undertaking criminal activitiy would not stop the activity if the payphone was restricted.


Kamloops Vies for 2015 Canada Summer Games...6000 Volunteers Needed
Kamloops is competing with Kelowna and Prince George to host the 2015 Canada Summer Games. There quite a few steps in the bid process, and the final announcement is slated for August 2010. The games will host about 3400 athletes and coaches who will need support from 6000 community volunteers. If Kamloops is successful, the community is required to spend 3 million dollars on capital / facility improvements. There is an estimated 90 million dollar economic spinoff.

My Short History with the Kamloops Spirit Square....

I'm really glad the Kamloops Spirit Square (corner of MacKenzie and Yew) is finally open for the community.

This little community square project has seen quite a few twists and turns since City Hall first started working on it in early 2007. As a member of Council at the time of the planning,I was fortunate to have a pretty good seat in the proceedings.

The essential impetus behind building the square was the the BC Government was willing to match city funds dollar for dollar, up to $500 000.

In Early 2007, when a Kamloops Spirit Square started being discussed in the community, there was significant backlash to the concept. Since there was two streams to the provincial  funding applications, or so we thought, the decision of Council was to apply for funds to conduct community consultation and planning. Even then, Kamloops This Week editor Chris Foulds took me to task for supporting $25 000 for such an effort.

For most of 2007, we heard nothing from the Province about our community consulation funding application. In October 2007, Joe Leong, Tina Lange, and I met with then BC Community Services Minister Ida Chong at the Union of BC Municipalities convention. The Minister and her staff seemed to have discontinued the community consultation money, and told us they were very anxious for us to get building. It was kind of surreal really.

Community concern over the expenditure never really re-surfaced to a great degree.

Ok. So then the big question became building at what location and with what theme. Mayor Terry Lake was warm to the idea of a ice hockey theme. Other Council members initially favoured one shore of the river over another.

The question of south shore or north shore was a biggie. I remember attending an "emergency meeting" of the North Shore planning public members called out of concern council was showing bias towards the south shore.

Once we had unanimously settled on MacKenzie and Yew, there was the issue of more detailed planning and building. There was some considerable back and forth with Victoria and the plans and a desire to wait a while for the economy to cool down so we could get more competitive bids for the construction.

Podcast - Investment and Business Opportunities on the Kamloops North Shore

I was really pleased to have this opportunity to record with a gentleman for whom I have a great respect and fondness. Peter Mutrie has expertly led the work of the North Shore Business Improvement Association (NSBIA) for many years. I regard him as one of our top community leaders in Kamloops.

We spoke about the many activities of the NSBIA: 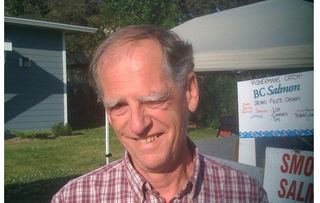 Audio Snippets: The History between the Divisions between North and South Kamloops

I don't much like thinking about any divide whatsoever between North and South Kamloops. But, to many, there is a divide. In our interview, Kamloops Museum Supervisor Elizabeth Duckworth talks about the historical roots of this divide, and also throws in some history of the North Shore, to boot. (about 2 minutes)

Clip from my End Homeless is Good For Everyone Press Conference...

How to End Homelessness - Create Economic Activity, Reduce Crime, and Save Taxes at the Same Time.

Ending homelessness in Kamloops makes sense for so many different reasons - morally, fiscally, and in terms of crime and community safety. Whether someone voted conservative, liberal, ndp, or green in the federal election - we will all find significant common ground in ending homelessness.

Businesses benefit when people are not eating, sleeping, and defecating in this alley. Victims of crime benefit as less people get caught up in breaking the law on a habitual or occasional basis.

Significantly, and I have had this number confirmed by BC's Minister of Housing and Social Development, providing services to people living on the street costs taxpayers (round numbers) $55000. Housing the same person, and supporting them in housing costs (round numbers) $37000.

So again, there are many good reasons to end homelessness. To right a moral wrong. To help businesses grow. To reduce crime. And, in fact, to be more efficient and accountable with our tax dollars.

So how exactly do we end homelessness in Kamloops?

Let me say, first of all, we have great social agencies  working to house people and support them in housing. We have great and growing community involvement from faith based organizations, the business community, and from concerned citizens from all walks of life. What I will propose today, I have learnt from all these great people.

Many communities across North America are adopting these approaches and are starting to have great success.

Lastly, let me say how proud I am to have been of part of our current city council that has, I think, worked very hard to assist the creation of supportive housing in Kamloops. I would like the next council to build on this success.